The Bitcoin cryptocurrency has depreciated by 7.41% in value against the US Dollar since November 29. The currency pair continued to trade in the desc

The Bitcoin cryptocurrency has depreciated by 7.41% in value against the US Dollar since November 29. The currency pair continued to trade in the descending channel pattern during the past two weeks.

As for the near future, the BTC/USD exchange rate will most likely continue to trade in the descending channel pattern. The potential target for bearish traders would be at the psychological level at the 64.00 zones. 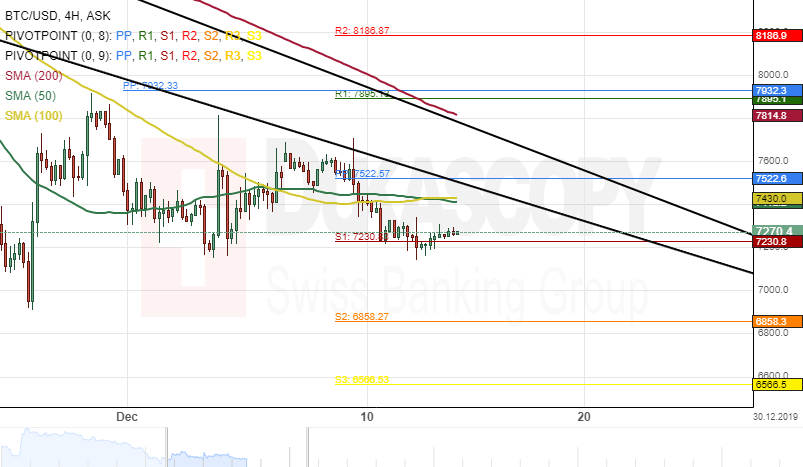 The Ethereum cryptocurrency traded sideways against the US Dollar during last week's trading sessions. The currency pair has been trading between the range of 155.6/142.6 zones since December 1.

All things being equal, the 50– and 100– period simple moving averages could pressure the ETH/USD pair lower during the following trading sessions. The potential target will be near the 130.00 area.

However, the weekly S2 at 142.63 could provide support for the pair and drive the cryptocurrency exchange rate towards the 164.60 marks during next week's trading sessions. 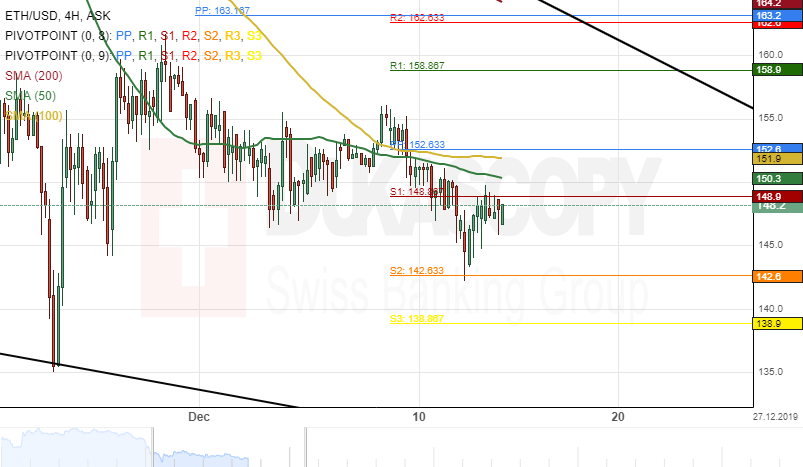 Also check out this articles:

Bitcoin may surpass $9,000 as early as this weekend

Paris Hilton has revealed that the “blonde airhead” persona she had on...

The richest 1 per cent of Australians own more than double the wealth ...

Workers at a popular live music venue have had the last laugh by resig...